DoodlePugs began in 2012 when we purchased our first Stud Dog Bo Duke. We didn’t have our first liter until 2013, but we ended up keeping all of the puppies from our first litter. In 2014 we officially sold our first litter, and everyone who bought puppies from us was so thrilled with their purchase that we decided to purchase another top quality stud and continue breeding top quality pugs, but maintain our affordable price. My objective when I started Doodlepugs Kennels was to make my beautiful “puglettes” affordably available to people who normally could not afford the dog of their dreams. As long as I am breeding CKC Registered Pugs, I intend to keep my prices lower than most local breeders. I even offer payment plans to qualified “Prospective Pug Parents”. 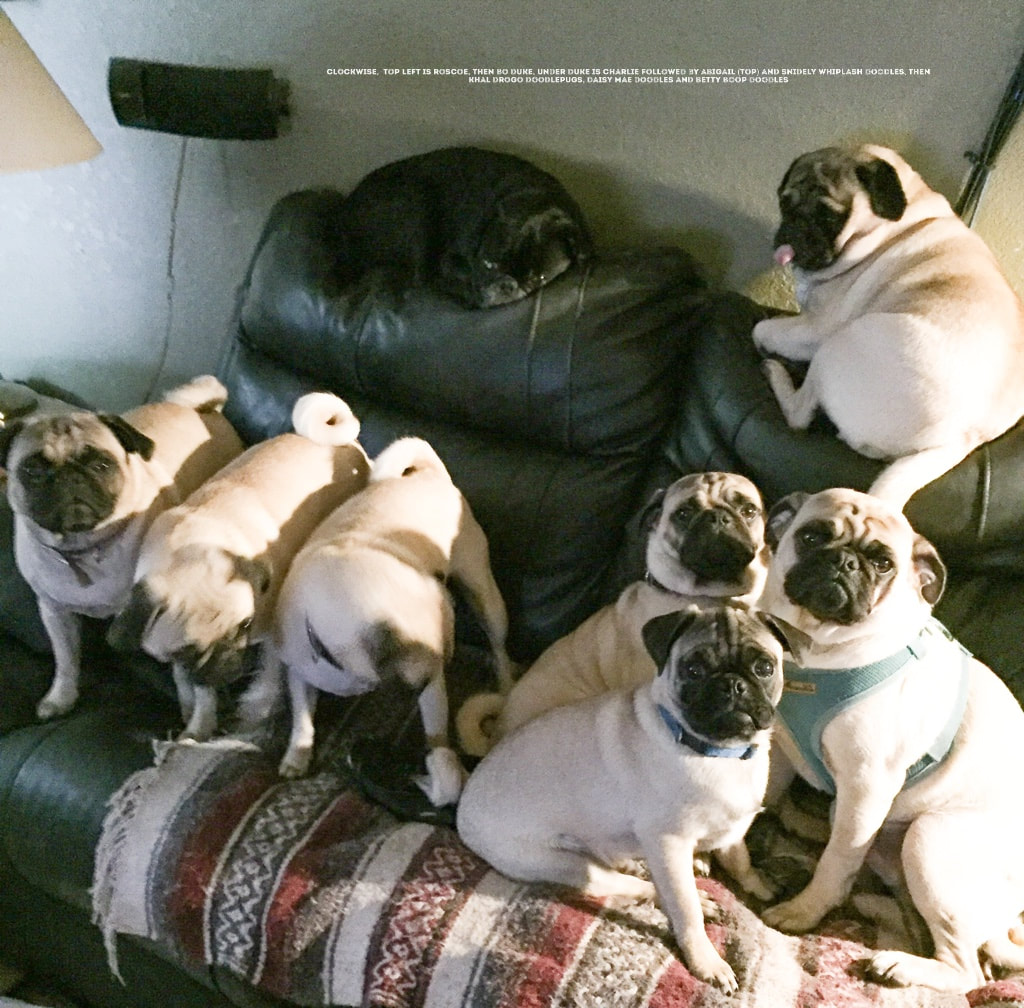 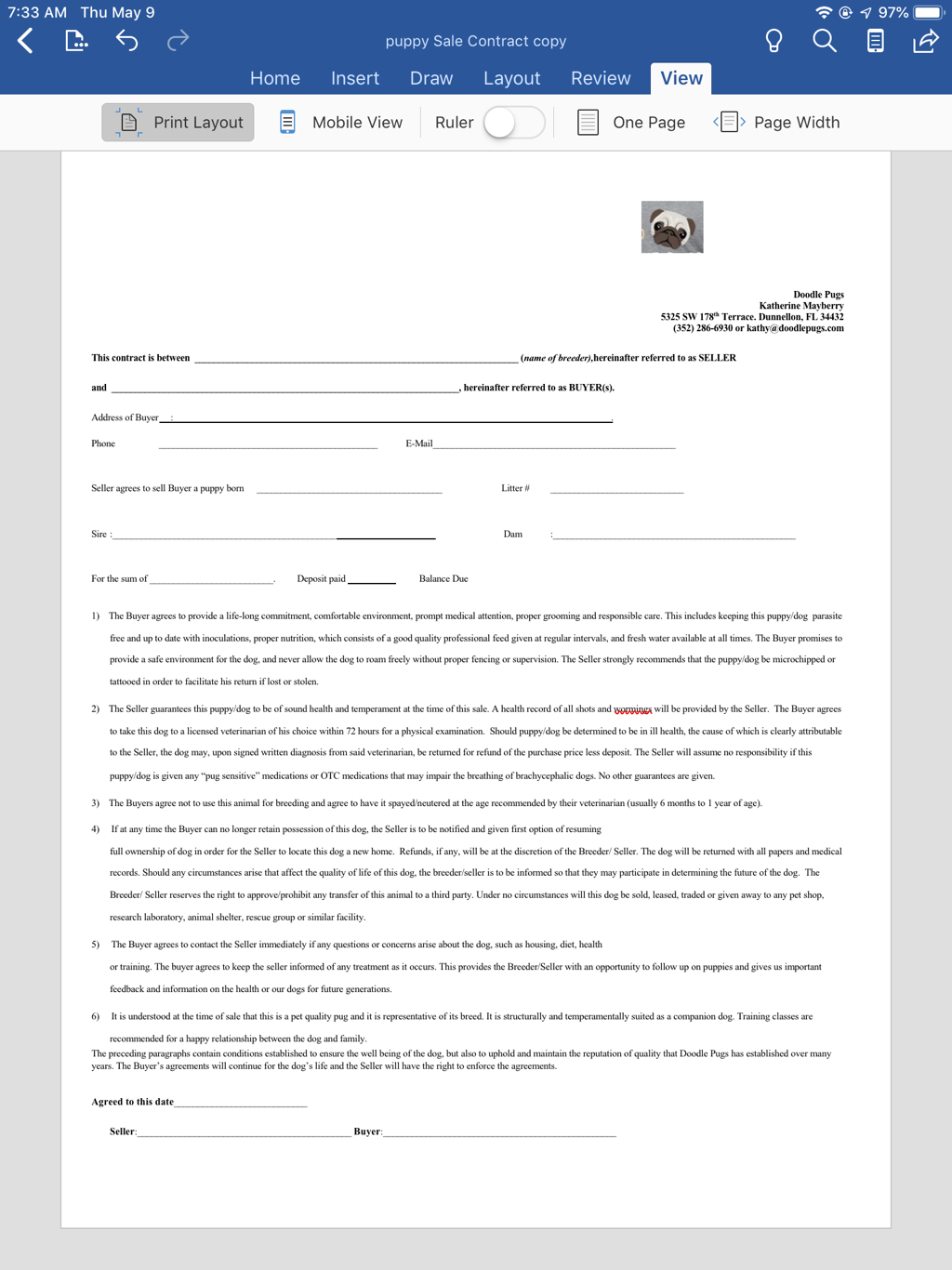 ​
In 2017 I was surprised by an “odd color” puppy out of Daisy Mae and by Anakin. This little puppy was fawn, but with an exceptional amount of white on his body! About 3/4 of his body was white with pink skin, the rest was a light fawn. He still had a black mask, but a had a white stripe down his face. After a lot of research I found out this is an extremely rare occurrence in pugs, but it is called Piebald or Pied color. I sent a sample of his DNA to UC Davis and it was determined that he carried two dominant copies of the Pied Gene and had a 50 percent chance of spreading this gene to his offspring. I began to study a lot on coat color and genetics in dog breeding, and decided to breed my little Pied Pug and let more people see this beautiful coat color! In 2018 I purchased a female to breed to my Pied, she is a Fawn/Merle color with one blue eye, one brown eye and carries a Pied Gene.

Now, fancy color and color carrier pugs are not cheap, they are more popular in other countries, but are just now coming to the United States. Females typically run $8,000 to $10,000.00, while males are slightly less expensive. When my Pied was first born I was contacted by someone overseas that had seen my post on Facebook and wanted to purchase my male for $7,500. Of course I said no, I wanted to breed more of them! My first litter of Pied and other fancy colored pugs was born in 2019. In 2020 I was blessed with a very colorful, beautiful litter of CKC Registered Pugs and they have now gone to their new fur-ever homes. 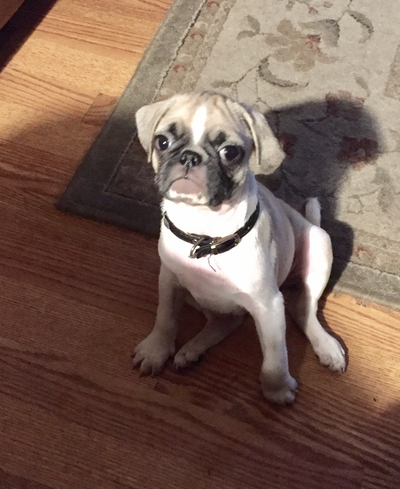 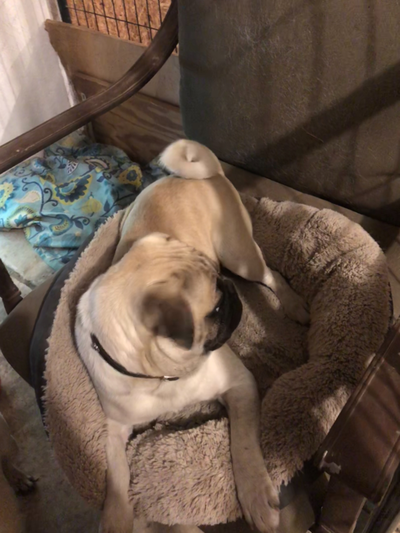 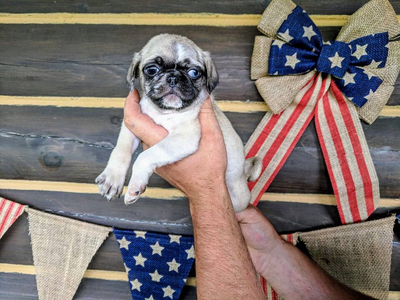 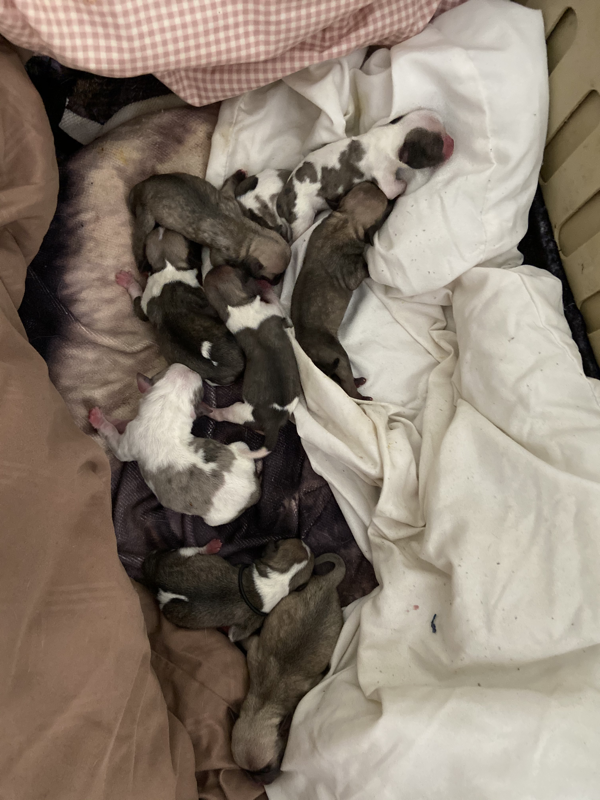 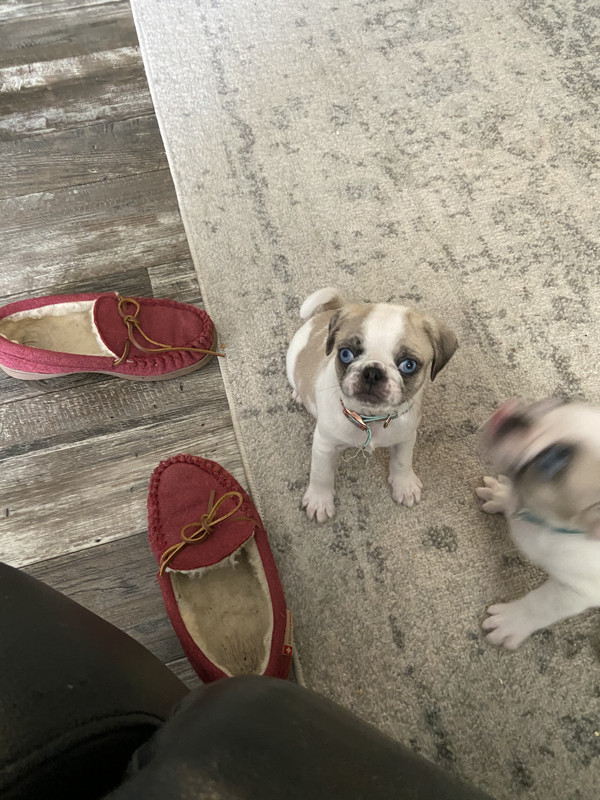